Start / All about perfumes 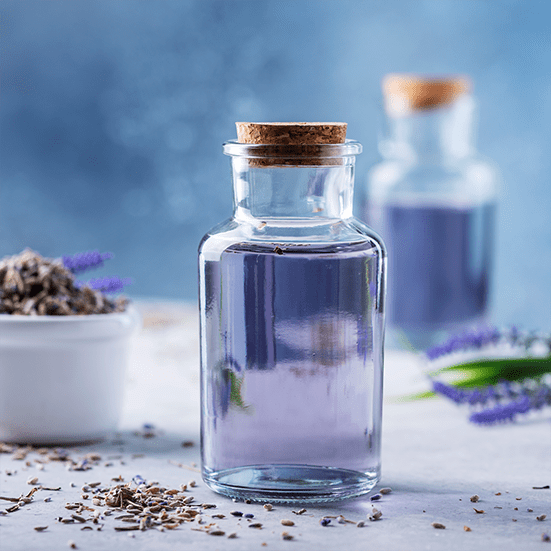 A mix of oils & reinforcing agents is often called an aromatic composition. This composition decides a specific scent, which unambiguously associates with a specific perfume brand. It is therefore, the ‘essence’ that decides about the utility values of this product. The same composition can later be used in many different fragrant cosmetic products.

These compositions are either a company’s strongly protected secret, or they are patented as a particular trademark.
Creating aromatic composition is an art, which is performed by tens of thousands of people all over the world. People of special predispositions for creating these compositions in the industry are called “noses”. Noses usually do not possess a sense of smell that is more sensitive than that of an average person, but rather they have a well-developed psychic skill called fragrance imagination.

Aromatic compositions usually consist of a mixture of a dozen or even several dozen ingredients, from which a part is of natural origin, while the rest are synthetic chemical compounds.
These ingredients divide into so called aromatic notes:

Base notes are ingredients that are being released into the air the slowest. It usually consists of reinforcing agents, which, when unaccompanied, often have a rather unpleasant smell, and are “the heaviest” components of essential oils. The base note, despite the fact that it cannot be felt too intensely, is decisive for the character of a given composition. In this note chemical compounds, which do not smell on their own, but as a result of contact with sweat or air’s humidity disintegrate and emit fragrant compound, are being used more and more often. In this manner ingredients, which previously could be present only in the “top note”, can now be “smuggled” into the base note.

The middle note, also called linking or heart note, consists of fragrant compounds of average volatility and usually quite weak intensity of scent. This note in many compositions is not consciously smelled by itself, but without it the compositions would be incomplete, and the base and top note would be felt as two, completely distinct scents.

The top note consists of compounds with the highest volatility, and which at the same time possesses a very intense scent. The note is felt consciously right after opening the perfume vial, but after rubbing it into the skin it disappears really quickly.

The process of combining fragrances into notes is often made in a way resembling the creation of music or poems. There are compositions with a leading fragrance that are created, so that in all three notes part of the components have a very similar scent. These are called ‘rime compositions’, where in the top and base notes two or more ingredients smell alike, while they do not occur in the middle note. The most difficult to compose but at the same time the most original, ‘contrast’ compositions are where the ingredients do not repeat, but instead are in the sharp contrast. This is offset and supplemented by neutral components.